We have clients that come from all different regions of India. One of the big things people don’t know is that Indian food is not all the same, and depending on your region this could affect the type of food you will serve at your reception.

Here are some of the most common types of Indian Food: 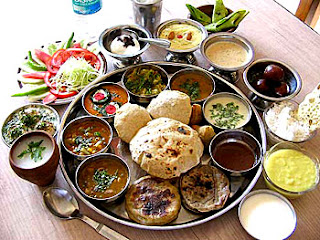 This is the cuisine from Gujrat, India. It is primarily a vegetarian, despite having an extensive coastline for seafood, due to the influence of Jain vegetarianism and traditional Hinduism. The typical GujaratiThali consists of Rotli, Dal or Kadhi, Rice, and Shaak/Sabzi (a dish made up of different combinations of vegetables and spices, which may be spicy or sweet). Gujarati cuisine varies widely in flavor and heat, depending on a given family’s tastes as well as the region of Gujarat they are from. North Gujarat, Kathiawad, Kachchh, and Surti Gujarat are the four major regions of Gujarat that all bring their own style to Gujarati food. Many Gujarati dishes are distinctively sweet, salty, and spicy at the same time. 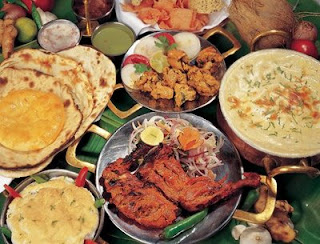 One of the main features of Punjabi cuisine is its diverse range of dishes. Home cooked and restaurant Punjabi cuisine can vary significantly, with restaurant style using large amounts of ghee with liberal amounts of butter and cream, with home cooking concentrating on mainly upon preparations with whole wheat, rice and other ingredients flavored with masala. Within the Punjab region, there are different preferences. People in the area of Lahore and Amritsar prefer stuffed parathas and dairy products. In fact, the area is well known for quality of its milk products. There are certain dishes which are exclusive to Punjab, such as sarson da saag and makki di roti. The main masala in a Punjabi dish consists of onion, garlic and ginger. Tandoori food is a Punjabi specialty especially for non-vegetarian dishes. Many of the most popular elements of Indian cuisine as it is marketed to non-Indian customers (such as tandoor, naan, pakoras and vegetable dishes with paneer) is derived from the Punjab. 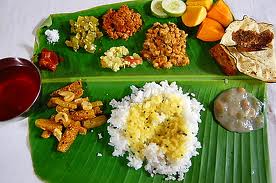 South Indian cuisine includes the cuisines found in the four southern states of India: Andhra Pradesh, Karnataka, Kerala and Tamil Nadu. The similarities are the presence of rice as a staple food, the use of lentils and spices, the use of dried red chillies and fresh green chillies, coconut and native fruits and vegetables like tamarind, plantain, snake gourd, garlic, ginger, etc. Overall all the four cuisines have much in common and differ mostly in the spiciness of the food. Kerala, Tamil Nadu, South and coastal Karnataka and most parts of Andhra Pradesh use more rice. North Karnataka on the other hand consumes more ragi and jowar, while Telangana region uses Jowar and Bajra more. Consumption of rice is more common among certain Brahmin communities.

We do many indian weddings and it is great to get to know these different types of indian cuisines.