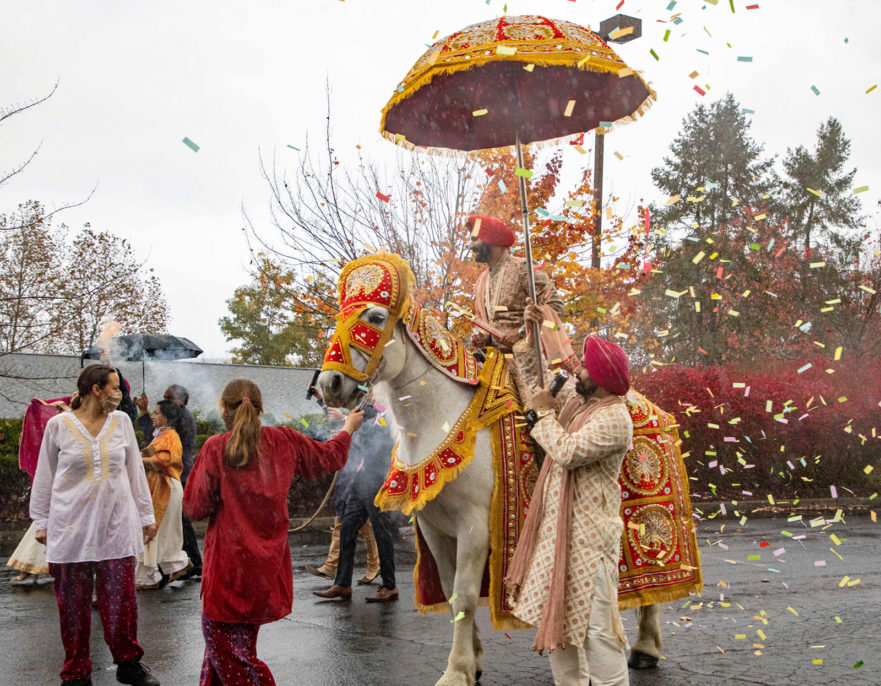 Indian weddings possess a true beauty within the traditions and vows exchanged between the bride and groom.  Over the years, guests have attended ceremonies and have been confused by the religious rituals performed. Below is a brief outline of how a ceremony might go and the meanings behind each stage:

Each ceremony varies as well as everyone’s traditions.  The steps each have a great deal of meaning and to witness this union is an experience you won’t want to miss.